Real estate investing and hard money in a down market #150 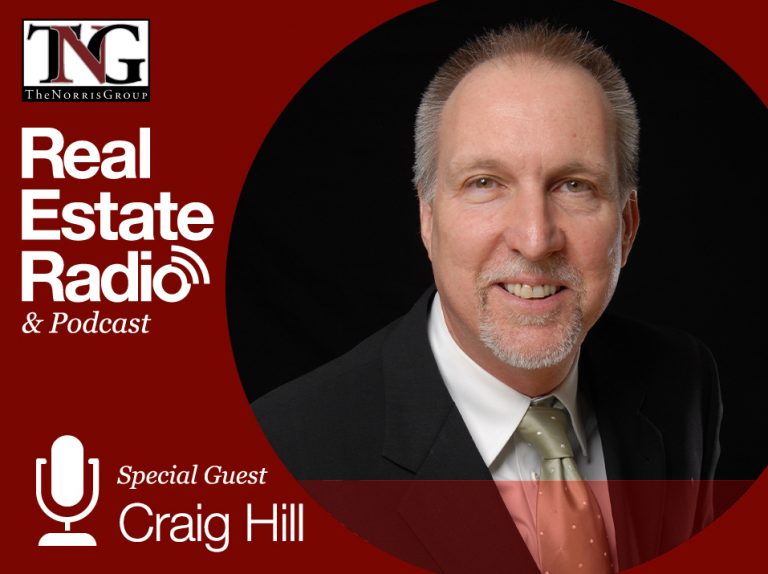 This week Bruce is joined once again by Craig Hill. Craig has been handling The Norris Group’s hard money loan business for over ten years, and he is a trustee investor. (Note: The Norris Group now funds loans in Florida! Find out more about our Florida hard money loans for flips, new construction and rental).

Many new investors think that it is easy to get into the real estate buying business. To reduce risk, The Norris Group uses Rick Solis to appraise properties through the eyes of an investor. Sometimes new investors will find a property, and they think they have a good deal, but then Rick will look at the property and find problems with their deal. For an example, an investor might try to buy a property in an area with comparable sales located on 8,000 square foot lots, but the property they are trying to buy is on a 4,000 square foot lot. That 4,000 square foot difference could make a $20,000 dollar difference. Rick can easily spot these devaluing problems and save these new investors money. Craig has received multiple responses from investors who are thankful for Rick’s services.

A new investor wants to get their first house under their belt. One of the things a new investor may do is try to prove that a house is a good deal, rather than let the evidence speak for itself. These people might feel that if they can just buy a house and sell it for a profit then everything will be a little bit better. Those are the kinds of people that will typically make a mistake. When people are trying to make up for lost time, they often try to do too much too quick. You cannot become a millionaire in one deal, but you can ruin your finances in one deal. Craig has met many people who tried to be too aggressive, and then lost a lot of money. During the boom, people felt like they couldn’t lose, and they didn’t want to believe that the up cycle would end. Now people are starting to have success again, and Craig fears that they will go back into that same mentality. Craig warns that you should be able to handle a rental property. If a rental property is going to ruin your life then you shouldn’t be investing.

If someone came to The Norris Group with a great deal on a $1.2 million dollar house, The Norris Group would probably not help that investor, because there is a lot of risk involved in that deal. If an investor discovers that his $1.2 million house is not really worth $1.2 million, or if the investor starts making $7 grand payments, they can severely damage themselves.

If Craig had to choose between a borrower with a high credit score and low cash reserves, or a borrower with a lower credit score and more cash reserves, he would choose to loan to the borrower with high cash reserves. When you are dealing with investments, you need to have cash. If an investor doesn’t have enough cash reserves, he may want to think that he can make the investment work with only six months worth of reserved payment. His property may take more than six months to pay off, and his credit will not help him, because The Norris Group’s program is not credit based. They cannot get a loan to improve their situation. If a person has a lot of cash reserved, it makes it better for both the investor and the lender.

Many unexpected problems can occur when you invest in a house. Craig bought one house to fix up and flip, but the sewer immediately needed to be fixed. If an investor cannot handle those kinds of surprises, then she is jeopardizing herself.

If Craig had to choose between a borrower with cash into the deal, or a borrower that got a superior discount in the purchase who is looking for a zero down loan, he would still choose the borrower with cash in the deal. There might be a reason why the other client got a superior deal that won’t reveal itself until later. Also, the zero down investor may not be capable of handling the monthly debt on the investment. If you have $50,000 in cash reserves, you will be much more comfortable making an investment. When you do not have that kind of cash in reserve, you may feel a need to make a deal, and that causes problems. People often get caught up in the idea of making a property investment, but their ideas may not work out in reality.

If Craig had to choose between a borrower who is an experienced investor with a 650 FICA score and has a proven track record with The Norris Group, or a new borrower with a 750 FICA score and the same amount of money, Craig would choose the experienced investor with a good record. Many people have had troubles within the past few years, so a 650 FICA score may mean that they have also had trouble, but they are working through it. A track record with The Norris Group is important, because that experienced investor respects their business relationships. Dealing with a lender who knows their track record allows them to do their business, and if their investments are their livelihood, then they will probably not sacrifice their relationship with their lender.

When loaning to an owner occupant, there is never an intention to develop a relationship for future business. An owner occupant might be taking a severe risk with the $20,000 they take in a loan.

If Craig had to choose between a borrower with a job, good credit score, and a money partner, or a borrower who is a self employed, full time investor using their own money, Craig would choose the self employed investor. People who use money partners are historically known to cause problems. They may not take into account that surprises will come up, such as unexpected repairs or a delay in the selling process. The Norris Group will do business with money partners, but Craig is much more involved with those people. Craig often requires the partner to sign the deal along with the borrower, because they need to know that a property is a responsibility.

If Craig had to choose between a borrower who is a cocky and experienced investor with lots of money, or a new investor with less money and a humble attitude open to learning, Craig would probably choose the humble investor. He strays away from the know-it-all attitudes. Craig has had thousands of conversations with investors, and he has a good sense for the kind of person who will work hard to protect his investment. The cocky, know-it-all investor is often a one-time deal. The cocky investors will often call Craig, give him a big conversation about how this deal is an opportunity for him, but their “deal” is really only borderline. Sometimes these cocky, experienced investors will be trying to use Craig after their other lenders reject them.

Over the years, Craig has developed a good sense for when people are not telling him all their problems. When you have had thousands of conversations with borrowers, you develop a sense for conversation patterns, which lead to certain outcomes. It would be difficult for Craig to have an original conversation at this point. He has probably heard what any new investor will tell him many, many times. The Norris Group does not want to do deals with just anyone who can qualify. The Norris Group wants to do deals with people that make good matches with the company. Craig deals with both borrowers and investors, and he wants to make sure that his deals are winning deals for both ends.

The Norris Group does not work with pooled trust deeds and never will. If you used pooled money, you have much less control. When an investor buys a trust deed, he knows the property it’s going to be on, the amount, and he knows what the appraisal on the property is worth. The investor can easily find out what his investment is. With pooled funds (fractionalized trust deeds), the manager of the pool has a lot of discretion. You might have some possible investments that you would not take if you personally inspected them.

There are some lenders who do not require monthly payments, but Bruce always does. He wants them to know that they have a debt, and it prevents them from getting overextended.

A pooled investment might attract a smaller investor. The Norris Group does not usually give out loans that are only worth $30,000 to $40,000. A person who has $50,000 they want to invest, but they require the $500 dollar payment every month to live on, then they are not a good candidate for a trust deed.

Bruce asks Craig to explain how he makes people feel comfortable investing. Craig likes to show people examples of what The Norris Group does. Craig sends new investors a copy of a The Norris Group appraisal, so they can see what The Norris Group does to calculate value. Once Craig makes people feel comfortable with what they are lending on, they are anxious to invest in a trust. The majority of the people that work with The Norris Group trust deeds want to ramp their investment up as high as it can go. When they do ramp it up, the majority of them have chosen that as one of their main investment vehicles. Many people who deal with trust deeds have a diversity of investments. They do not want to put all their eggs in one basket.

The Norris Group has a new 8-year loan program for investors who plan to buy and hold a property as a rental. This new program has opened up a new investment at 9% for 8 years. This program is great for people who have IRA money, or money in 401Ks, because they can earn 9% tax free. The nice thing about this 8-year program is that the loan is intended to go on for an extended period.