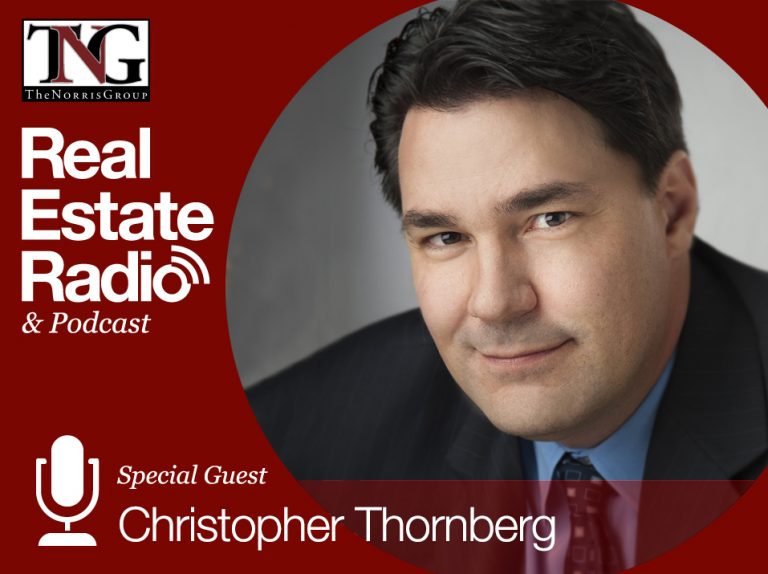 Bruce Norris is joined once again this week by Principal and Co-Founder of Beacon Economics, Christopher Thornberg.

Bruce and Christopher continue their conversation about paying the debt we are currently giving our children. Christopher talks about World War II and how quickly we paid the debt back. Christopher doesn’t have a problem with raising money but government has a problem sometimes paying it back.

Bruce brings up that the State of California can’t raise money so how do you fix the issue. Christopher says California’s problem is $40 billion of a $1.8 trillion in economy which is only 3.5%. It’s not that big of a number. California is 18th in the list of states as far as paying taxes. We’re a little above average. We just collect them in strange ways. Instead of taxes on a ton of small things, we have larger taxes for a smaller bunch of things. Christopher says we have the most regressive property tax. There’s a small group of people who pay a larger portion of the taxes. There’s other ways to make California more tax friendly and pay off debt.

Bruce brings up Prop 13. Christopher thinks Proposition 13 is ridiculous. Voters would have to overturn that proposition.

Bruce brings up Citibank and the concept of cramdownsn which they agreed to cooperate with in bankruptcy court. Bruce asks if that’s possible and Christopher said it is. There’s a new president and an administration that’s more left leaning. Certainly some would pursue bankruptcy as a way to do so but it does incur costs above and beyond just losing your home. Other assets will be at risk. Christopher asks if judges will really consider this alternative as some of these people lied on their loan applications. Bruce says we haven’t put much pressure on the people who exaggerated income. Christopher says the FBI came out early and said they would not be pursuing the consumer. He finds it hard to believe a judge would take the same stance if a consumer blatantly lied on their application and then were seeking a cramdown.

Christopher talks about the huge issue of people going in to default after the payments are adjusted through loan modification. Reports suggest 50% go back into default.

Bruce brings up TARP and the term crawl back which is when CEOs have to give back bonuses if the banks restate their earnings. Christopher says they should have to give it back. Christopher says the problems in the market stems from the problem with executives in the financial system because they were grossly compensated for short-term returns. Christopher talks about some of the ways these executives made millions. He brings up a Lehman executive who made $400 million in six years and how he did it. Executives need to have some skin in the game.

Christopher says mortgage backed securities were used to hide risk. Bruce brings up what they used to call these instruments in the 1900s and how they were made illegal. Christopher is not apposed to derivatives, they’re just extremely complex. We just need to understand them more and the motivation for why people use them.

Bruce asks what the next shoe to drop will be in California. Christopher says asset values are now returning to normal. Savings rates are ridiculously low and debt is way up. Americans thought they were rich. Wall Street tricked these people into believing they could retire early. America has to get spending under control. It’s healthy but painful in the short run. Our economy is too reliant on feeding consumers what they want. It’s not we are buying too few cars today; we bought too many the past few years.

Bruce brings up that the consumer spending was a lesser percentage of the GDP in the past as it was in recent history. Christopher expects that to get back in line. Huge trade deficit was also part of this equation. There was a trade deficit and a savings deficit. In two years, there will be more exports, less imports, and less consumer spending and then we’ll have a healthy economy ready for growth. Bruce brings up that China won’t appreciate it much.

Bruce talks about a report Christopher Thornberg wrote called “Waiting to Save” which is about the habits of the younger generation (24-34) and their saving habits. Bruce says this generation will be picking up some tabs that they didn’t even create. Christopher says this generation grew up in a market where you borrow to speculate. People have to learn to live within their means.

Bruce asks about defined benefit plans. Christopher says for the most part they have left the room and only reside in government. He’s afraid these benefits might never happen and we might figure that out in the coming years. Many of these programs have lost much of their value.

Join us next week for a chat with Mike Cantu before we release his Rental and Property management seminar February 21st.